The history of Gwanghwamun

The main gate of Gyeongbokgung Palace, which was founded in 1395, was named “Sajeongmun”, but it was changed to “Gwanghwamun” in 1425.

In 1592, it burnt down with Gyeongbokgung Palace.

It was later rebuilt in 1864 but was burnt down again in the 1950 Korean War. It was restored with reinforced concrete in 1968.

Gwanghwamun was originally located 14.7m south of the current location, and the direction it was facing was also different. Therefore, restoration work was carried out from 2006 to return to the place at that time, and it was opened to the public on August 15, 2010.

Gwanghwamun is a symbol of Seoul and you can feel the sight of Seoul.

Gwanghwamun is beautiful even when viewed in the daytime, but at night it is lit up and very fantastic. The light hits and the roof is visible in three dimensions.

Since the creation of Gwanghwamun, it has been repeatedly burnt down and rebuilt. However, it is now a tourist spot visited not only by Koreans but also by people all over the world as a symbol of Seoul. Gwanghwamun Square where you can feel the history of Korea is definitely a place you want to visit.

It’s connected to the station. 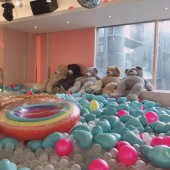 ‘My Little Old Boy’ Why Choi Si-won shed tears while using a bed with Kim Hee-chul?

Yoon Seo-bin, from Produce X, Exclusive Contract with Suprime Artist Agency. “I will do my best with humble heart”