K-POP girl group BLACKPINK was named the best group of 2019 and the most impressive performance at the awards ceremony organized by The SSE Arena, Wembley.

Wembley SSE Arena announced the list of winners for ‘SSE Live Awards 2019’ on official SNS on the 10th (local time).

BLACKPINK was named ‘BEST GROUP’ in this list, and enjoyed the joys of two crown winners from ‘EVENT OF THE YEAR’ award.

‘The Event of the Year’ is an award that combines all four fields including BEST SPORTING EVENT, BEST LIVE ENTERTAINMENT, BEST GROUP, and BEST SOLO ARTIST.

It is actually the greatest award of the SSE Live Awards.

The presenter who called BLACKPINK said, “In 2019, K-Pop had an unusual moment. Many fans who lined up at Wembley SSE Arena from early time solidified the successful stage of K-Pop artist BLACKPINK. “ “That night was a night to remember,” he went back to Black Pink’s performance.

Wembley SSE Arena is a stage where famous musicians from all over the world, such as ‘The Legend of Pop’ Beatles, ABBA and Beyonce, went through. BLACKPINK performed at Wembley SSE Arena in London, UK on May 22, last year (BLACKPINK 2019 WORLD TOUR with KIA [IN YOUR AREA]).

BLACKPINK has been raising K-pop status by receiving attention from world-renowned critics. Including three crown winners at ‘E! Selected by People’s Choice Awards 2019, taking the 14th place at Peachfork’s Music Video of the Year, the 66th at Billboard Journalist’s Top 100 Songs of the Year the group has taken No. 1 at American Culture and Art Magazine Paper, No. 1 in the world’s top music video for 2019 by the global music magazine ‘Tracklist’ and named 10 for ‘The biggest, boldest songs of 2019’ by British fashion magazine GQ..

BLACKPINK has Fukuoka Yahoo Dome Tour on 22nd, is working on preparing a new album. 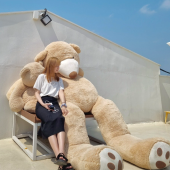 Kang Daniel, the countdown site is open…”Starting with a solo debut”