By: motto k
In: ALL, K-Entertainment, TV show
With: 0 Comments 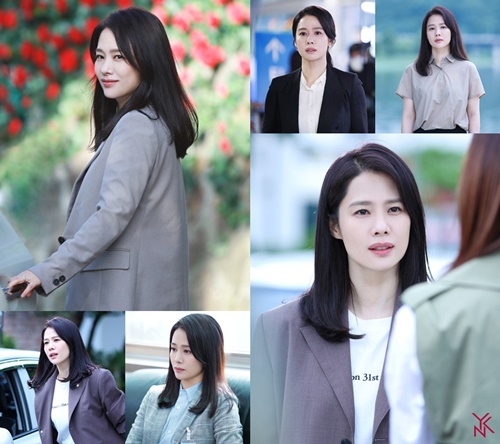 Actress Kim Hyun-joo’s everything is legendary.

Kim Hyun-joo, who plays Choi Yeon-soo, who is rapidly emerging as an icon of justice and conviction in JTBC’s Friday and Saturday drama “Undercover,” is showing her true value. It is soft but strong and has gained enthusiastic support and support from viewers with its spirit of sacrifice that shines even in times of crisis. In particular, Kim Hyun-joo’s authentic acting skills, elegant aura, and visuals maximize differentiated charm and attract viewers.

“Undercover” is a work that clearly shows Kim Hyun-joo as a lawyer.
Kim Hyun-joo, who debuted 25 years ago this year, has expressed the life of a character through various dramas, but has been colorful in OCN’s “Whatcher,” SBS’ “I Have a Lover” and KBS2’s “Partner.”

Even the setting that may seem cliche, Kim Hyun-joo is a veteran actor who has always been loved by the public for a long time by melting the background and personality of the character with a wide spectrum of acting skills.

Kim Hyun-joo also makes viewers immersed in the play by increasing their ability to deliver lines with calm and catchy vocalization and diction, just like the owner of “Honey Voice.” This was revealed in the sixth episode of the show in which Choi Yeon-soo proudly revealed her ambition at the inauguration ceremony of the head of the Senior Civil Servant Corruption Investigation Agency. On top of that, the small screen shudders with admiring strong control acting and eyes that capture all emotions.

Above all, Kim Hyun-joo’s “preservative beauty” is surprising. Her appearance, which adds elegance and depth over time, is drawing attention as much as her acting skills. Kim Hyun-joo, who crosses innocence and intellectual image, is playing a role in completing Choi Yeon-soo with her unique atmosphere and charm.

Kim Hyun-joo, who is working with Ji Jin-hee for the third time with “Undercover” and gives off the best synergy. In the scene with Ji Jin-hee, she looks more relaxed and comfortable, giving off a happy smile.

As such, Kim Hyun-joo, who is breaking the legend in every episode, is looking forward to seeing how she will perform in “Undercover,” which is already heading toward the mid-end.